Sally’s adventures take place in an English landscape bordered by the sea to the south, and the three towns of Ipington, Little Dimpton and Dalton to the north.

This webpage provides high resolution images of the maps produced in the paperback, and supplements those provided in the eBook. 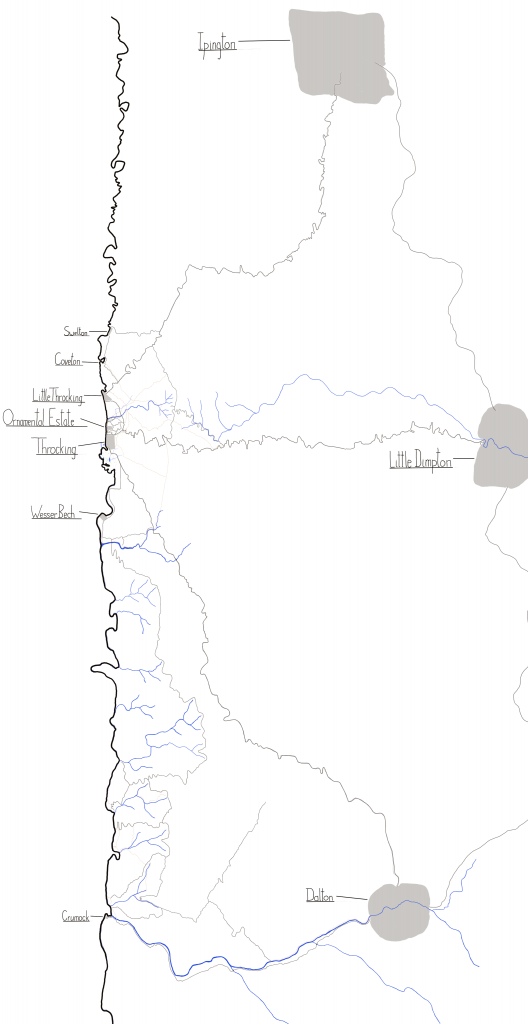 This map gives us a closer look at the key locations for Sally’s second adventure. 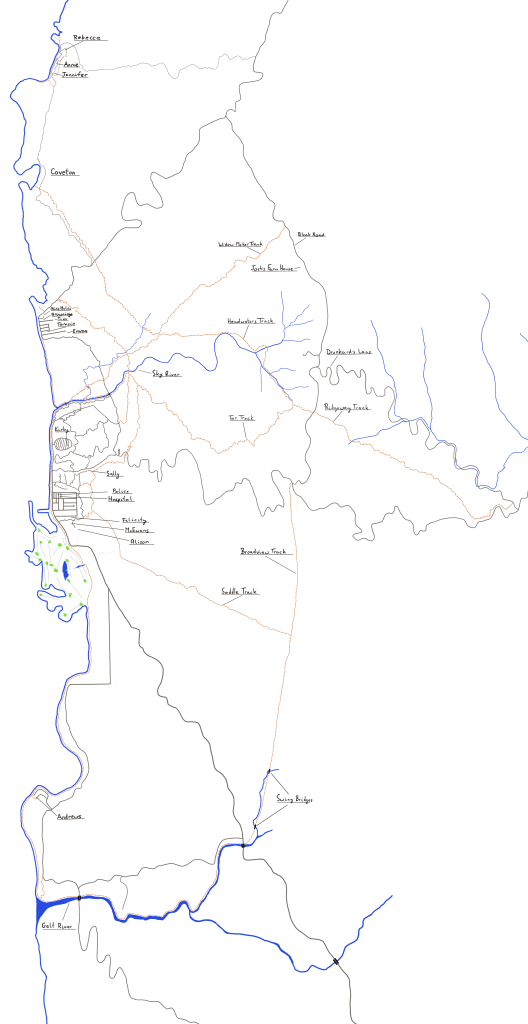 In An Implacable Woman, Sally extends her territory into Burton Moor, a large area of coastal wilderness to the east. 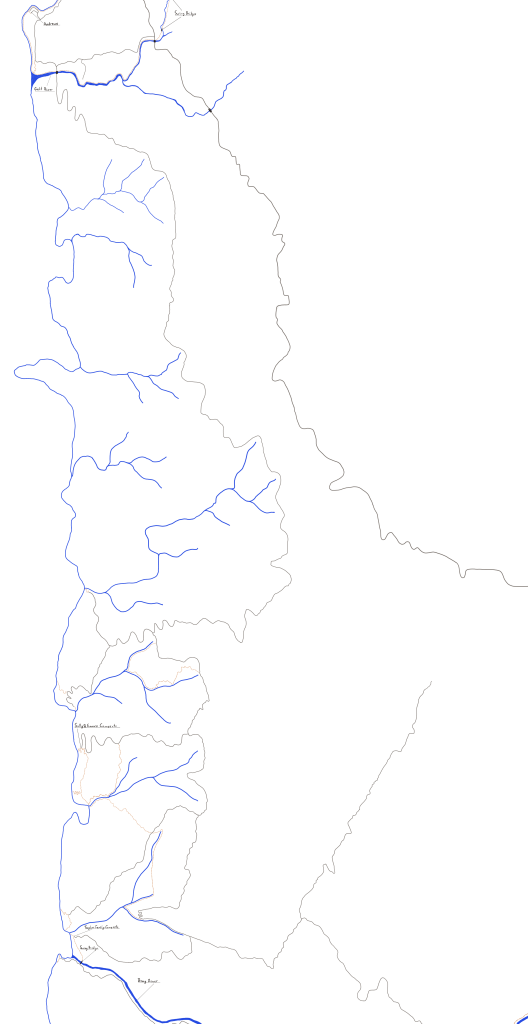 And for those of you who like a close up, here’s a detail of the area where Sally and Emma meet the Taylor family. 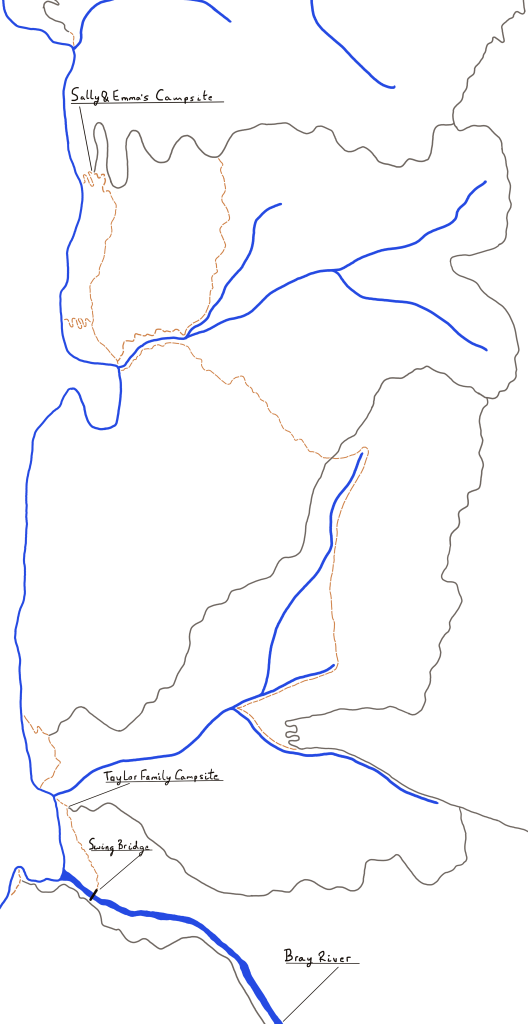 If you’re a true golfer you’ll be wondering exactly how the course plays out. If you’re not a true golfer, this next map will be of no interest whatsoever!

The course starts at the small fishing harbour, curving around its eastern end to the green at the very edge of the bluff down to the sea. The skilful might be tempted to shoot across the water or even try a controlled slice, but the slightest error will see the ball in the water. The second hole looks easy on the map, but there’s a slight slope to the right towards the sea that has to be factored in. The third is positively evil, and anyone rattled by a lost ball or two on the first two holes is likely to lose another one here. The fourth raises the bar still higher, beginning with a shot across a small bay, into a dogleg that ends at a green entirely surrounded by water, but then mercy is granted and the last five holes in the first nine have only the trees and shrubbery to harry an errant ball.

The back nine reminds the player that this is a water course, the pond reaching out for the slightest hint of a hooked drive, and the stream lurking in wait at the end of the tenth green. But that’s just a warm up for the toughest three holes on the course. The dogleg on the eleventh tempts the unwary into hitting long and finding the sea, but any kind of mistake will cause the player to lose a ball on the twelfth as they hit down the middle of a narrow peninsula to a tiny green perched at its very tip. The thirteenth is, if anything, even worse, calling not only for a shot across the sea, but also for one of perfect length and perfect straightness, the sea surrounding the green on three sides. The fourteenth is positively relaxing after that, with the ocean on just the one side of the fairway. The fifteenth further lulls the now shattered player into a false sense of security, heading inland and away from the nightmare waves, but it’s a trap. The green falls steeply away from the end of the fairway towards the lake and there’s not a friendly bunker in sight that might stop a ball as it heads relentlessly for yet another dip. The sixteenth also plays the sloping green trick, but even crueller than the fifteenth, this one slopes backwards into the water. But finally, the player can relax, to some degree at least. The seventeenth and eighteenth require just an honest loft to clear the pond, and a modicum of accuracy before arriving at at the nineteenth hole. One long term member firmly believes that the last two are deliberately easy so as to allow the player to arrive back at the clubhouse in need of a stiff drink, but not so upset that they go straight home without first visiting the bar! 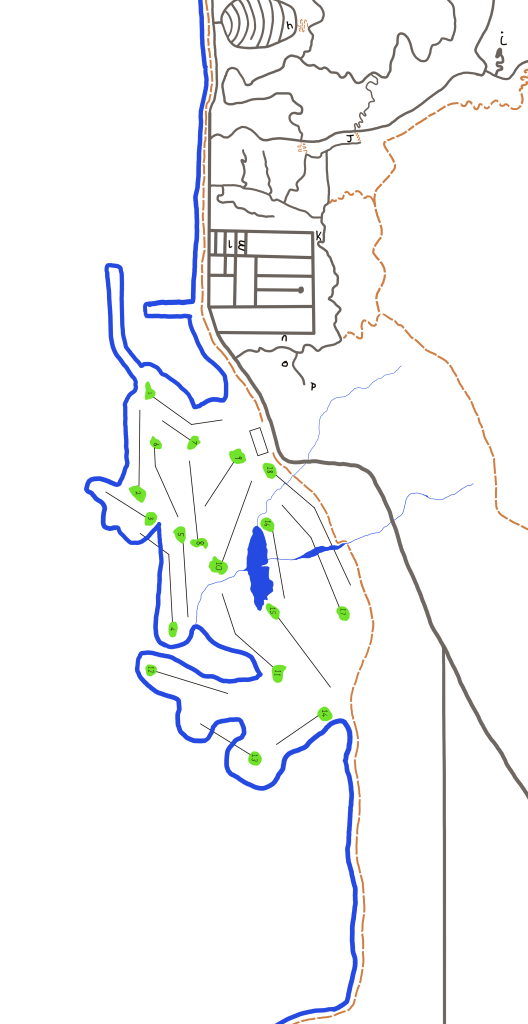