This page is for sites that I admire but do not currently have permission to embed any videos or pictures.

Lindybeige is a fascinating, eclectic YouTube channel that covers… well pretty much everything really. It really is that eclectic.

Well, alright then, I admit it. Most of it’s on history in one form or another, and a lot of that is about how mankind has gone about carving lumps out of each other over the last few thousand years. But it’s so much more than that. He covers Roman palaces, Mayan jade, Anglo Saxon glass making, and even the English boarding school system. You see? An incredibly wide range and I haven’t even listed any sharp, pointy objects at all at this point.

Lloyd is an astonishing YouTube presenter not just for the range of topics he covers, but for his zest, his humour, his candour, knowledge, experience, breadth (subjects, nor waist) and an uncanny ability to do it in a single take. His films give us a glimpse of how television might have been if it hadn’t been hijacked to sell washing machines.

The films range in length from a couple of minutes to over an hour and I haven’t found a dull one yet. I found him by accident while looking for some very specific information, but had no idea just how popular he was until sometime later. As I write this, he has 912,000 subscribers on YouTube but frankly I’m surprised it’s not a lot more.

I would love to link to some of his videos here to give you a flavour of what he does, but at this point I don’t have his permission to do so. 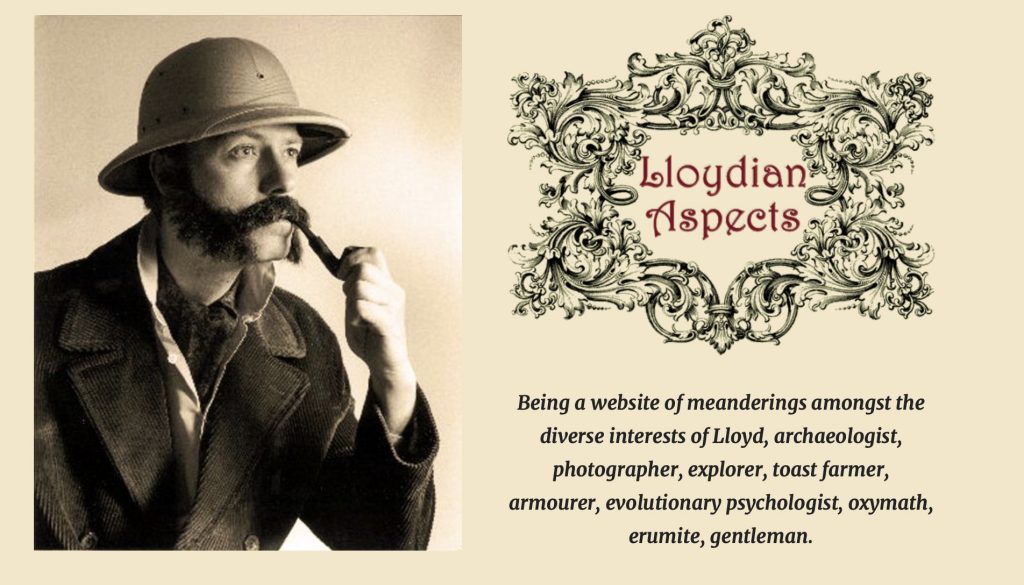